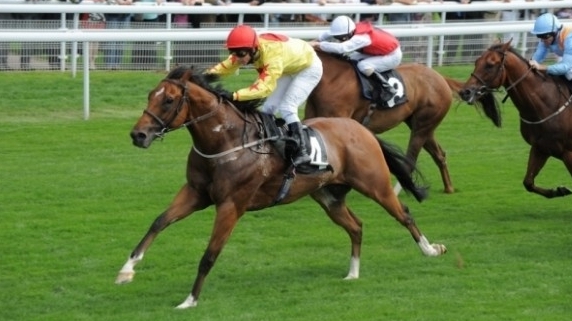 ENQUIRE ABOUT THIS HORSE

Hamish McGonagall has been a superstar for us over five furlongs. He has won 10 races including wins at Musselburgh(5), Chester(1) and York(4). Hamish McGonagall has proven he is a top class horse by winning at the highest level and has been placed on numerous occasions at Group 1 level. In 2013 he was fourth in the Group 1 Coolmore Nunthorpe behind Jwala, Shea Shea and Sole Power.

He won three big sprint Heritage Handicaps in 2010, the Scottish Sprint Cup at Musselburgh, the Sportingbet Sprint at York and the Symphony Group Sprint at the Ebor meeting at York.

Hamish McGonagall is a star and formed a great partnership with David Allan.  This is what dreams are made of for his loyal owners!

He is now retired and living at the yard.